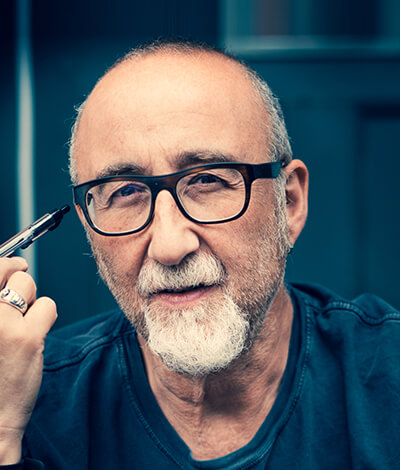 Ivor Baddiel skyrocketed to internet fame in 2020 with a comedy video that went viral, in a good non-pandemic way, garnering over ten million views. After his brush with superstardom, Ivor returned to Earth, a little wiser, but no better off financially. He then resumed a writing career which has seen him pen gags, puns, double entendres and even the odd single entendre, for the likes of Stephen Fry, Dermot O’Leary, Claudia Winkleman and David Walliams to name a few. Ivor is also the author of nineteen books for children, adults and adult children. He’s also written a comedy drama for Radio 4, a sitcom for Audible and a documentary film script, but Ivor is worried about repetitive strain injury, so has flatly refused to go on.