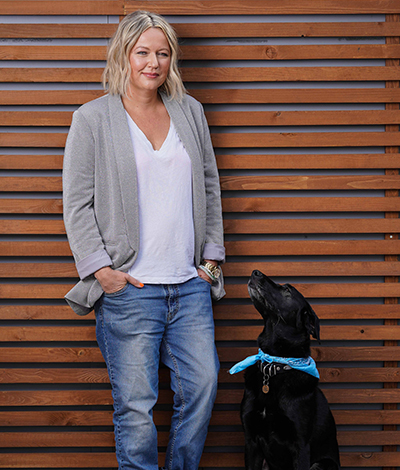 Born in a shed in the middle of Oxfordshire, Mel was the first in her village to walk upright. She learned Latin at school and will tell you all about it without a moment’s hesitation. Seriously, she will bore the pants off you about it. Working in television for the best part of 25 years, Mel has almost exhausted her options of people to work for, so her only alternative was to set up her own company. A natural leader, or at least someone with no interest in being a follower, Mel has been involved in some of the biggest shows on UK TV from piloting First Dates to being the Creative Director of Comic Relief and a commissioner at Sky, her CV is as varied as it is extensive, something else that she’s more than keen to “impress” you with. She has a dog called Stan. He is the best thing about her.